Playing out in the ballroom of the five-star Risemount Premier Resort, the 417-strong Main Event field has been whittled down to the final eight players, all gunning for the lion's share of the ₫11,960,100,000 (~$502,235) total prize pool.

However, there are several obstacles in Khanh's way before he gets to lift the trophy; the first of those being Day 2 frontrunner Doo Sik Nam.

The South Korean player will be returning second in the counts with a stack of 1,655,000 (valued at 66 big blinds) and broke all the chip milestones on his way to the final table, becoming the first player to reach and breach the 1M, 2M and 2.5M chip marks.

Khanh's fellow countryman Dinh Van Tien is also a player to watch, having chip led the opening flight of the Mystery Bounty, in addition to winning a series title in the Event #3 Deep Stack Hyper Turbo. Tien will be returning third in the counts with a stack of 1,525,000 (61BB).

The eight finalists will return for Day 4 – which gets underway at 12pm (GMT+7) on Thursday, December 15 – where they will play down to a champion. 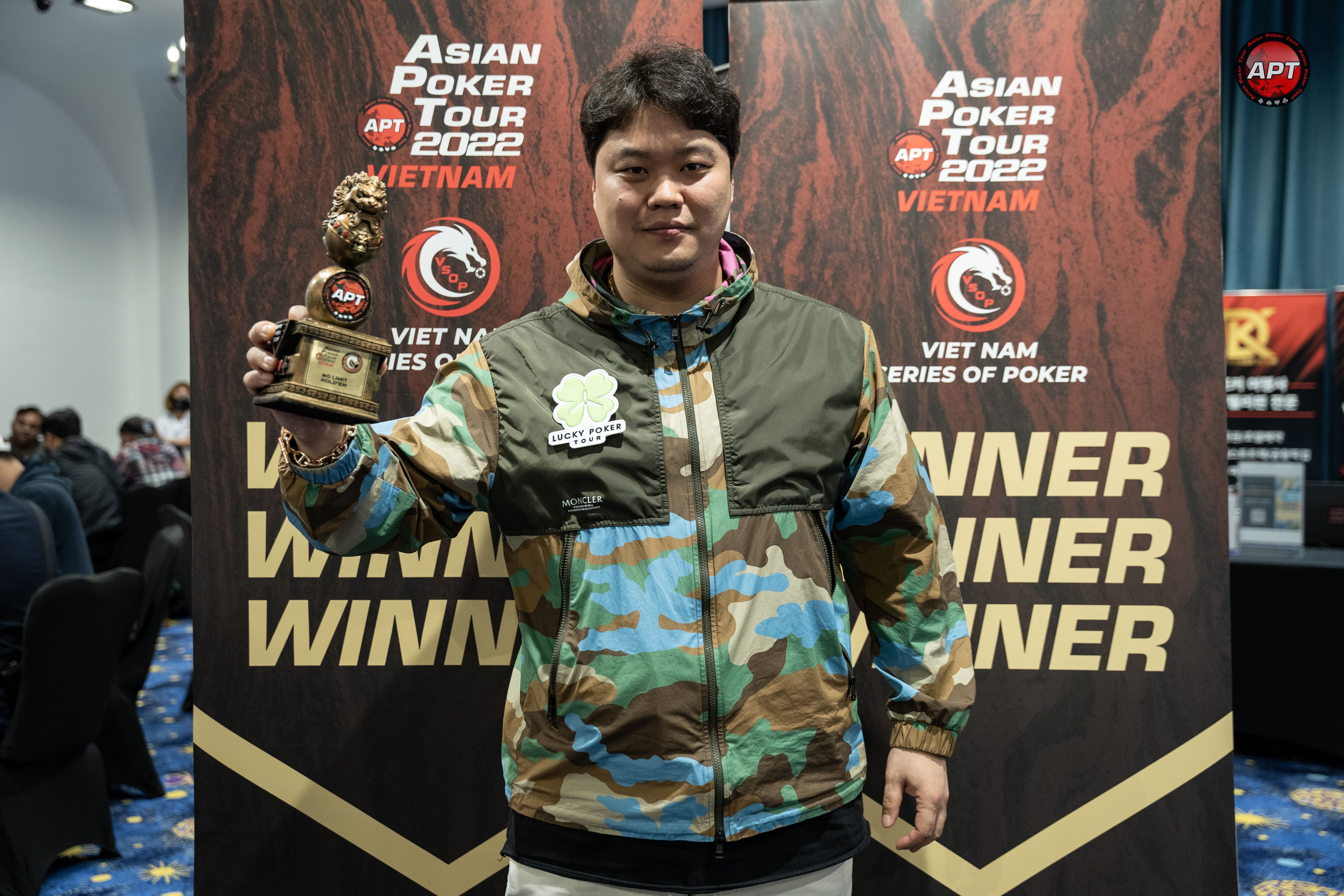 It was South Korea's Namju Kim who emerged victorious, battling back from a slight chip deficit to defeat the Netherland's Joris Michl heads-up to win his maiden APT title.

Michl, who was making his third final table appearence of the series, took ₫184,840,000 for his runner-up finish.

Canada's Jorden Leah Arbuthnott rounded out the podium, collecting ₫128,500,000 for third, with the final table paying out as follows:

A total of 20 players made the money, and all prize pool and payout information can be viewed on the Official Results page. 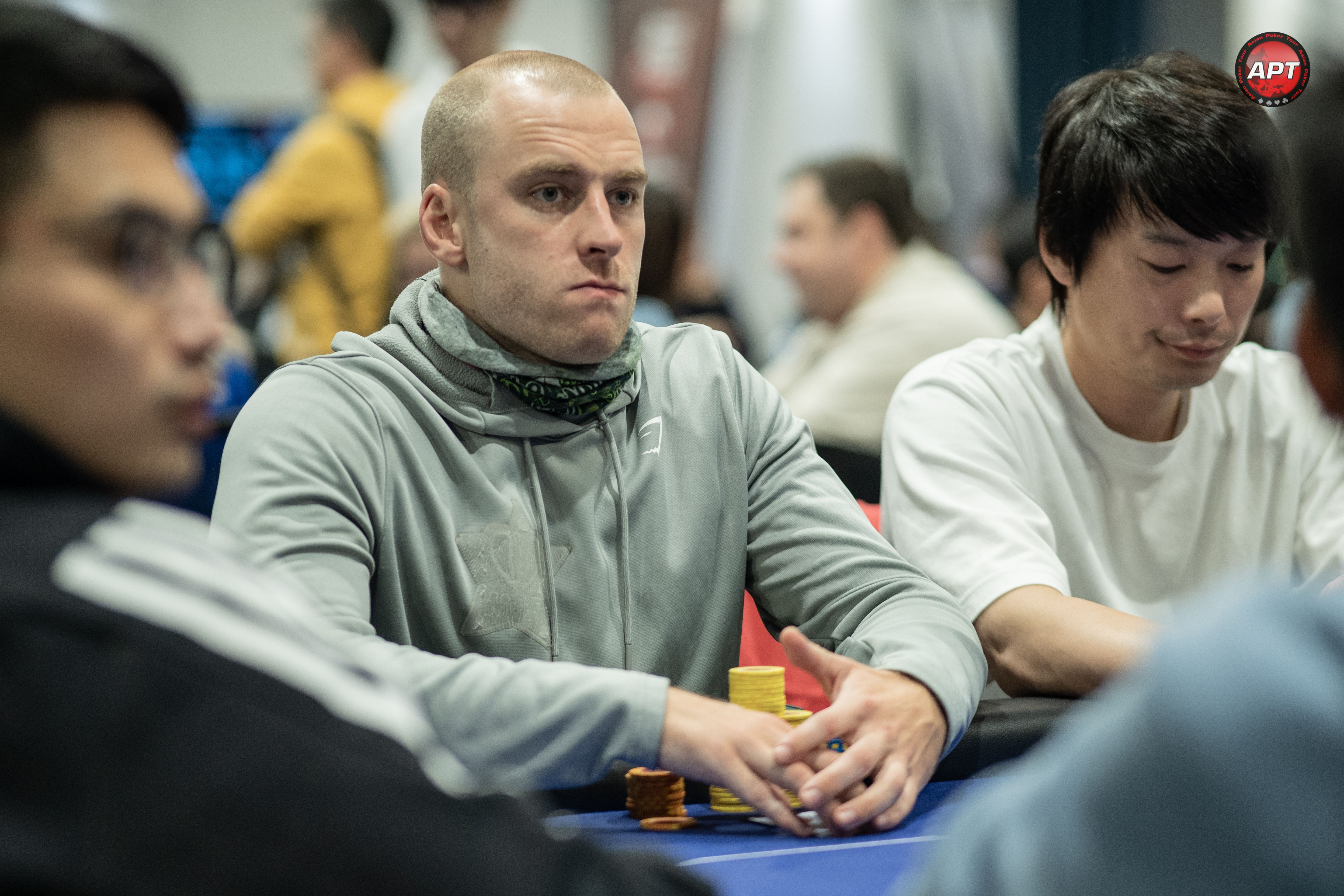 When the dust had settled, it was the UK's Grant Gardner sitting atop the chip counts, concluding play with a stack of 637,000.

The Brit has already managed an APT final table appearance this series, finishing in fifth place in the Mystery Bounty, and will be hoping for another deep run here.

India's Abhishek Paul joins Gardner in the upper echelons of the counts, bagging the second largest stack of 525,500. Paul will be looking to improve on his ninth place finish in the Event #10 Deep Stack Hyper Turbo.

Vietnam's Xuan Canh Dang (490,000) rounds out the top three, with the top ten stacks as follows:

A total of 28 players made the cut, and these survivors will return for Day 2, which plays out at 12pm (GMT+7) on Friday, December 16.

Day 1B gets underway at 12pm on Thursday, December 15, with the format offering players unlimited re-entry and registration remaining open up until the end of the second level played on Day 2.

All prize pool and payout information will be announced at the close of registration on Day 2. 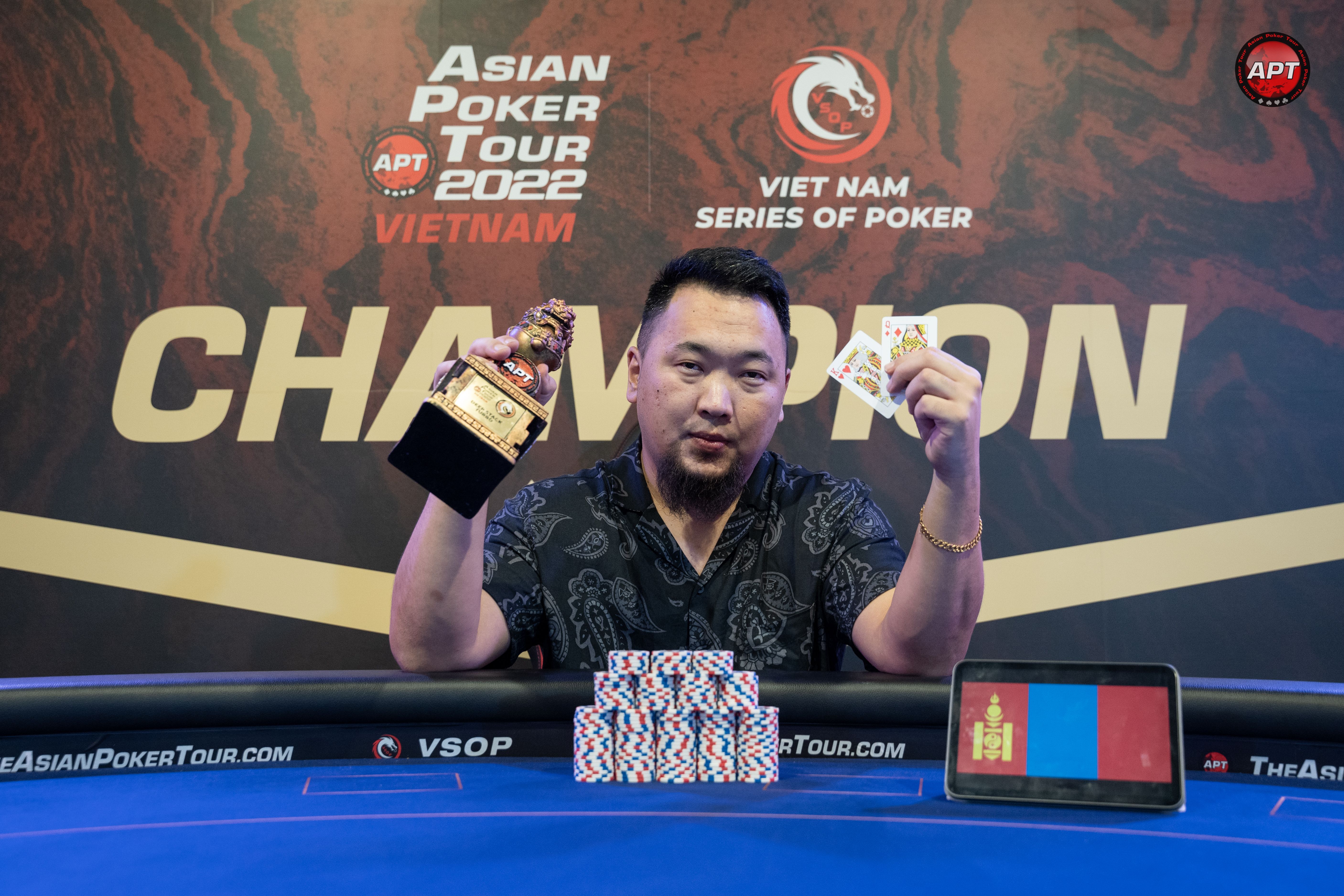 Another of the APT Da Nang's turbo tournaments is done and dusted, with Mongolia's Janag Battulga claiming the top spot in the ₫5,000,000+500,000 Event #23 Deep Stack Turbo.

South Korea's Gary Moon rounded out the top three, with the official eight-handed final table paying out as follows:

A total of 14 players made the money, and all prize pool and payout information can be viewed on the Official Results page.