DA NANG, VIETNAM, December 10, 2022 –The hors d'oeuvre have been served and it's time for the main course, with the opening flight of the APT Da Nang Vietnam VSOP 2022 Main Event – partnered with the Vietnam Series of Poker - (VSOP) playing out in the ballroom of the five-star Risemount Premier Resort.

Day 1A saw 86 players attempt to circumnavigate the tournament minefield and lock up a place in Day 2, with 34 successful in their endevors after the eight 60-minute levels played out.

It was Japan's Keita Minami the man leading the charge, putting on a dominating display of power poker to bulldoze his way to the top of the chip counts.

Minami bagged an impressive 235,000 in chips – almost double that of next closest rival Dinh Van Tien, who followed up his chip leading Day 1A in the Mystery Bounty by bagging the second largest stack of 138,000.

It was another Vietnamese player rounding out the top three podium, with Phuong Ngoc Nguyen concluding play with a stack of 113,700.

In fact, the field's Vietnamese contingent enjoyed a stellar day at the felt, with eight out of the top ten Day 1A tournament stacks piloted by local players: 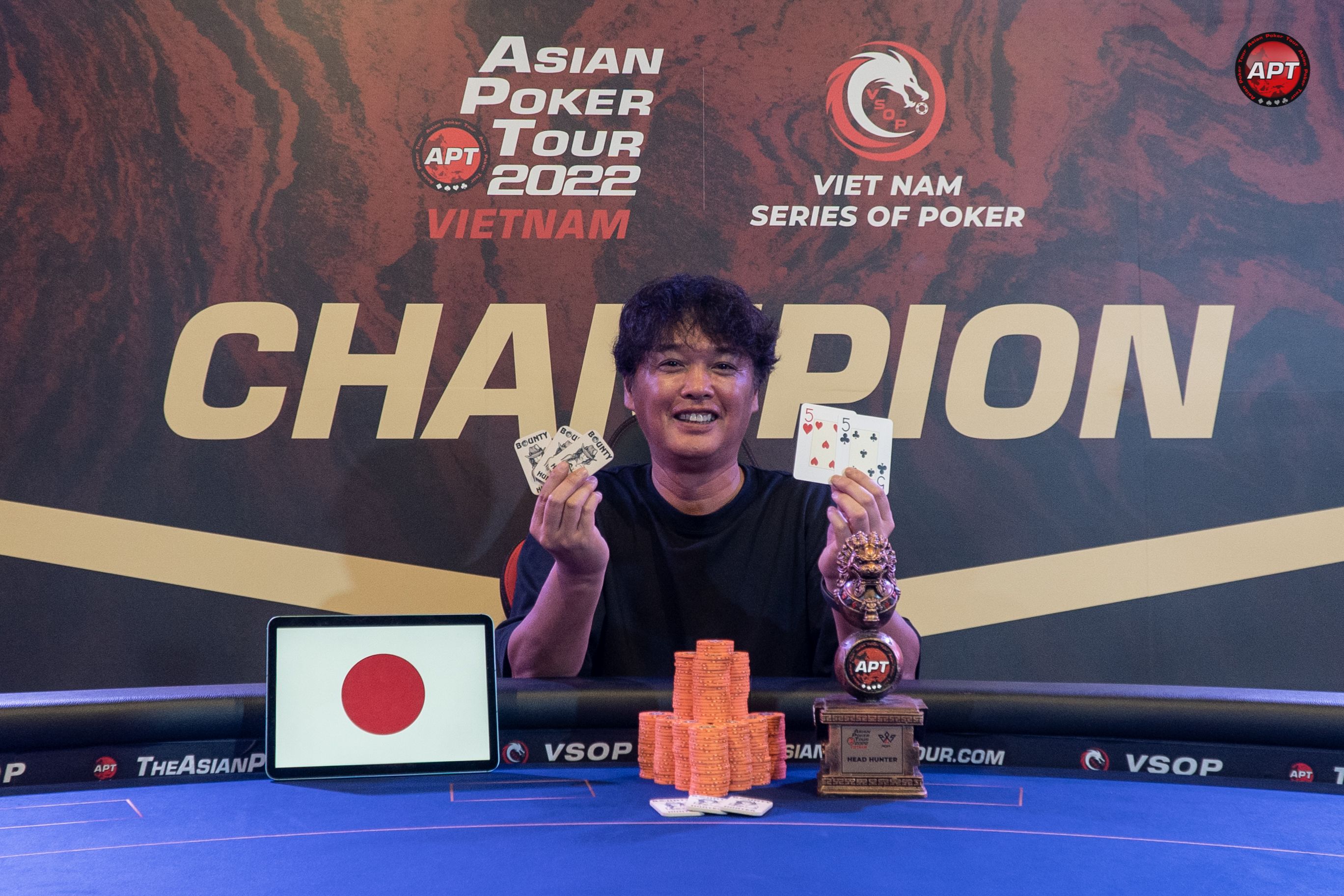 It was Japan's Masaya Nakagawa who proved successful in that regard, defeating Vietnam's Hieu Ngo Hoang heads-up to win his maiden APT title, in addition to bragging rights and the cold, hard cash.

Nakagawa came into the final table as the third largest stack, and brought a commanding 3-to-1 chip lead he would not relinquish into the heads-up confrontation.

Hoang had to settle for the ₫122,920,000 on offer for his runner-up finish, with the final table paying out as follows: 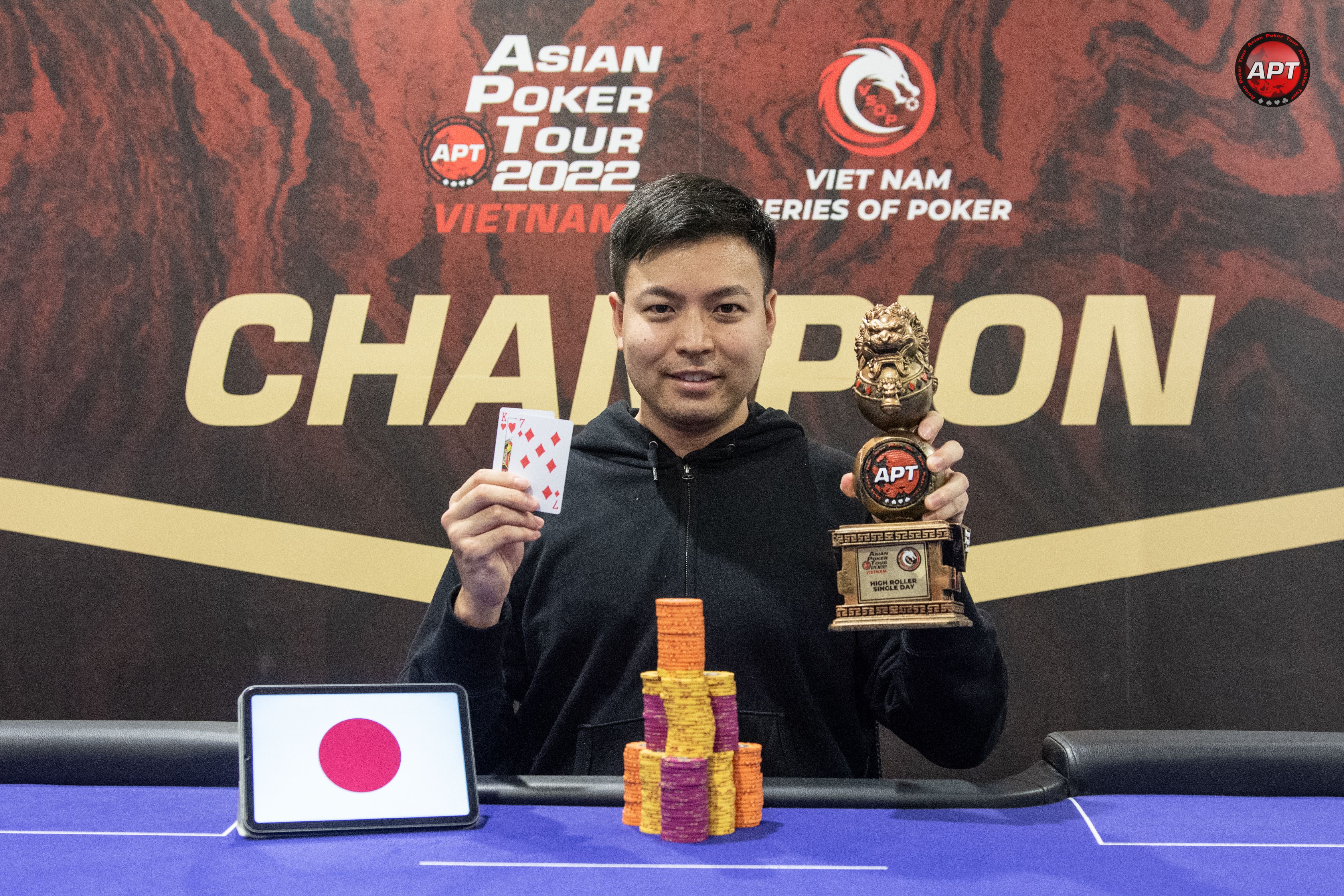 Good things come in threes, and that was certainly the case for the APT Da Nang's Japanese poker contingent.

in addition to Minami leading the Main Event opening flight, and Nakagawa taking down the Head Hunter, Japan's Kosei Fujiwara rounded out the triumvirate by claiming gold in the ₫50,000,000+4,000,000 Event #9 High Rollers Single Day.

Fujiwara defeated Malta's Remi Florent heads-up to claim the ₫407,400,000 (~$17,110) top prize, winning his second APT High Roller title in as many months after taking down the Event #33 6-Max High Rollers Hyper Turbo back in November during the recent APT Philippines.

Florent received ₫174,600,000 for his runner-up finish, narrowly missing out on winning his maiden APT title. 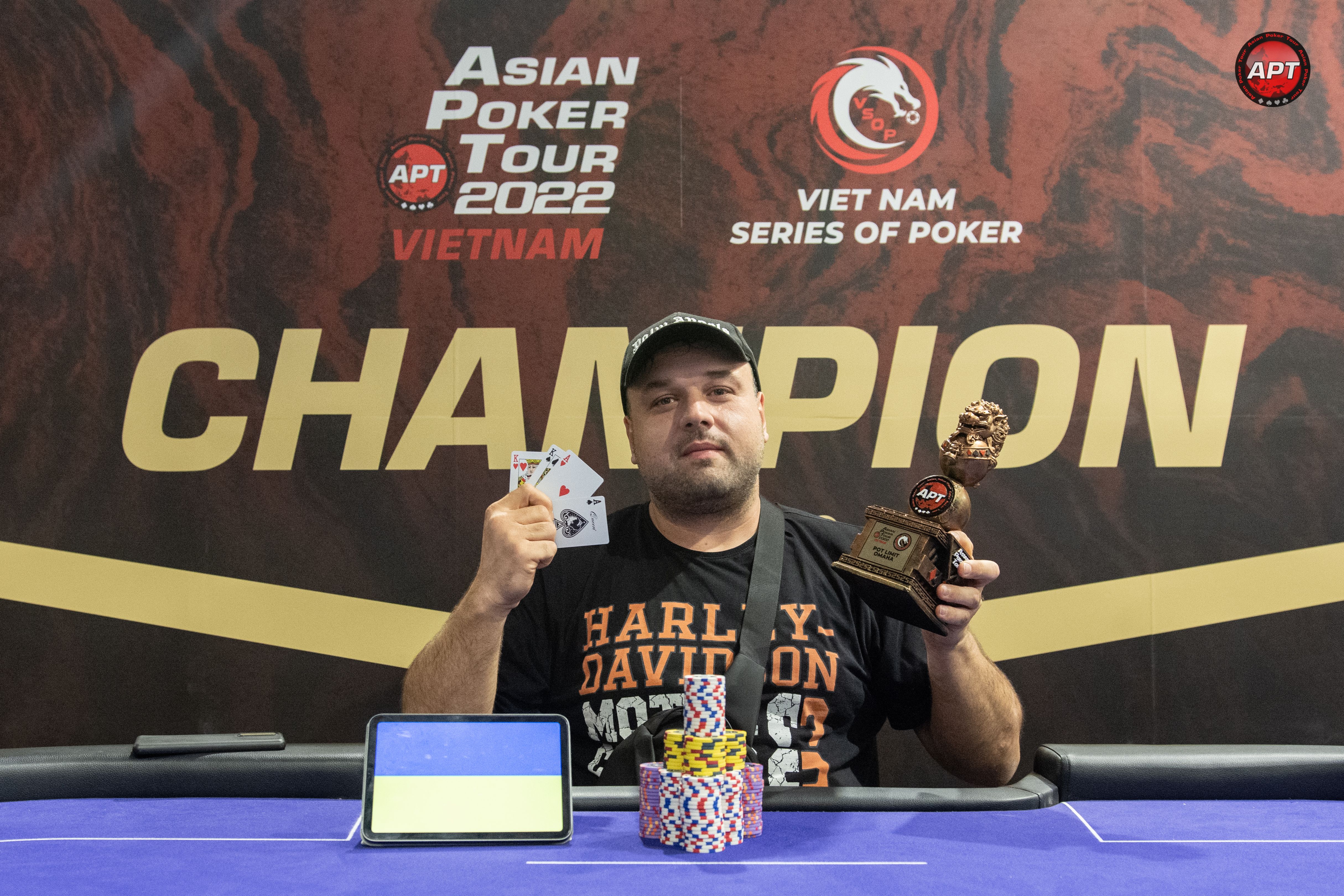 Tien made ₫77,920,000 for his runner-up finish, with eight players making the money, with the official eight-handed final table paying out as follows: 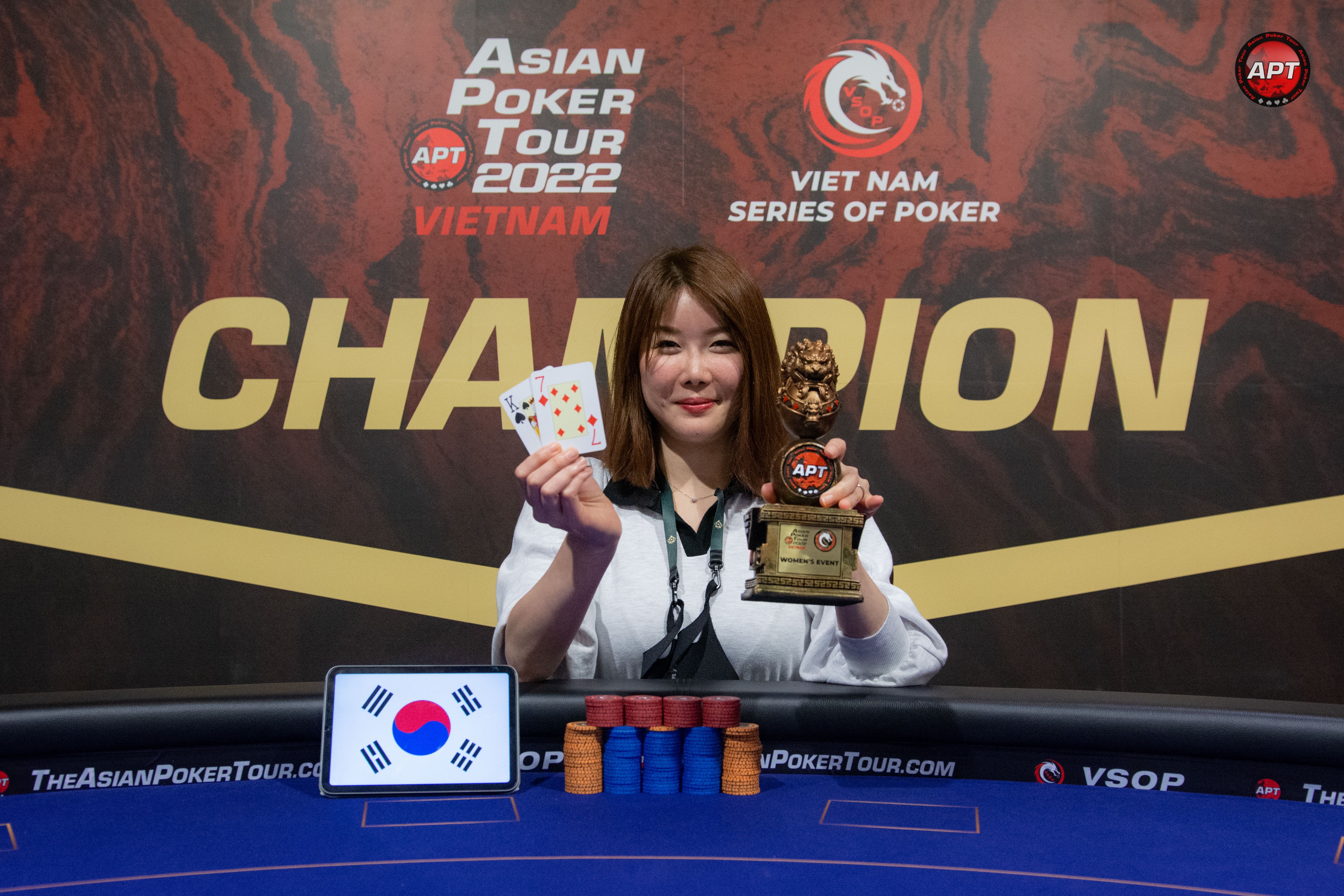 Gwon took away ₫42,760,000 for her runner-up finish, with four players making the money and the final table paying out as follows: 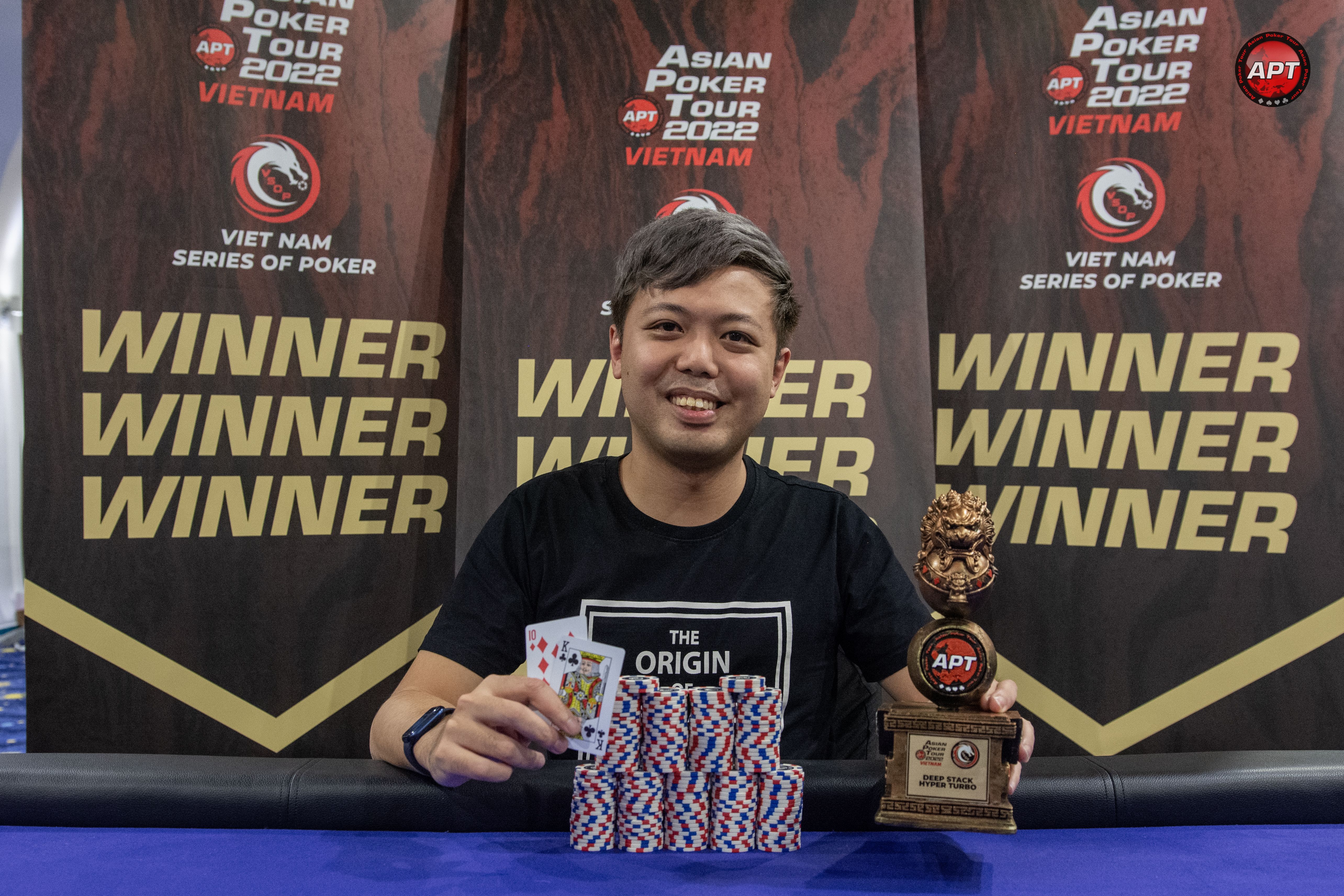 It was Singapore's Keng Yong Tan the man to claim the title, defeating Mongolia's Togtokhbayar Shinekhuu heads-up to take the ₫94,880,000 (~$3,980) top prize, in addition to his maiden APT title.

Shinekhuu received ₫63,270,000 for his runner-up finish, with Vietnam's Lam Xuan Bach rounding out the podium and collecting ₫43,980,000 for third, with the final table paying out as follows: